Find information about our participation in exhibitions, seminars and conferences all over the world along with an insight into what’s going on within and around our company.

Team Rynkeby is a Nordic charity cycling team. Every summer the team cycles to Paris to raise money for children with cancer and their families.

Team Rynkeby was founded in 2002, when 11 amateur cyclists associated with Rynkeby Foods A/S decided to cycle to Paris to see the final stage of the Tour de France. Rynkeby Foods was the main sponsor of their trip, which was also backed by other companies. Team Rynkeby donated their profits to the children’s cancer unit at Odense University Hospital. A tradition was born!

Every penny helps children with cancer

For almost a whole year participants must not only prepare themselves for the 1,200 kilometer trip to Paris but they are also obliged to do what they can to raise money for children with cancer and their families.

Every penny that Team Rynkeby raises in each country goes to the local childhood cancer association in that country.

In 2015, Team Rynkeby raised just over € 6.45 million to fight childhood cancer in Denmark, Sweden, Finland, Norway and the Faroe Islands.

We are proud to be part of the charity work done by team Rynkeby and we wish Lars and the teams the best of luck! 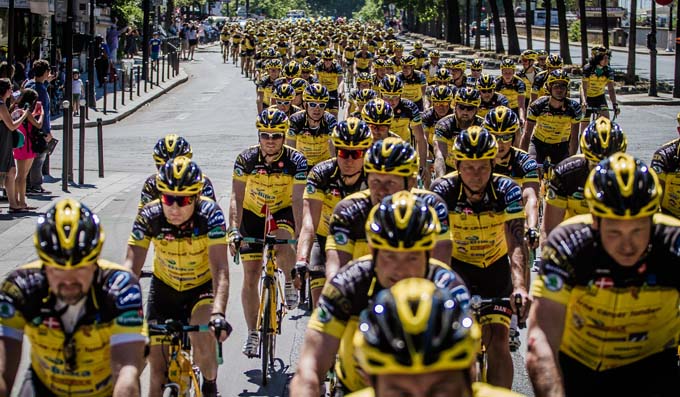 Get in touch with us

Thank you for your interest. Have a specific need? Use below form to send us a message: